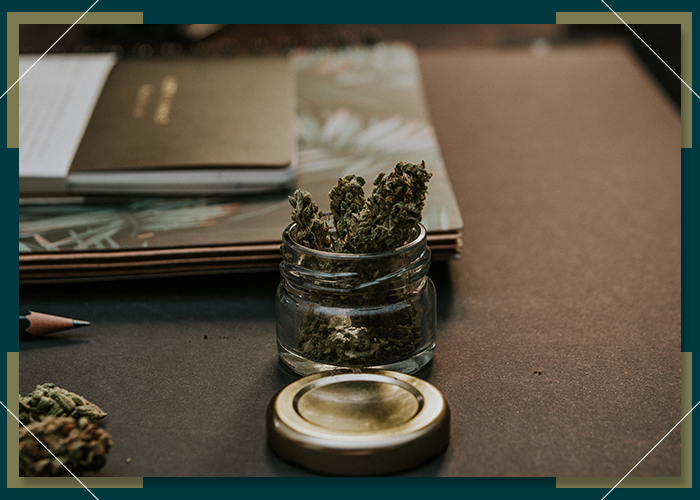 Throughout history, cannabis has been a plant closely intertwined with human society. It is one of the earliest plants to be cultivated by humans1 for a wide variety of purposes, hence the name ”Sativa” which means cultivated. This is not surprising since this versatile plant can grow fast, even in the wild. Virtually every part of it can be used: the roots are medicinal, the stalks are typically used as fiber, the seeds as a source of nutrients and protein. Lastly, the leaves and flowers of cannabis or hemp have made such a profound impact on society not only as medicine but as an entheogen2 that bears a deep, religious significance.

Smoking3 is one of the oldest and still the most popular way to consume cannabis. This is likely because it holds more cultural and religious significance than any other method of consuming cannabis. This is particularly true in the Rastafari religion4 where cannabis is smoked as a large cigarette called a “spliff” or in a water pipe called a “chalice” which gets passed around in a counter-clockwise direction in “groundings” or religious meetings. Passing the pipe5 is a symbolic ritual akin to the passing of the communion cup in some Christian denominations.

It is likely that cannabis and smoking will be forever intertwined, even with the advent of newer and safer ways of consuming cannabis.

What is a CBD flower?

The flower or “bud” is cannabis in its most natural form, ready for consumption. Similarly, CBD flowers refer to flowers of the female hemp plant that have been dried and cured. Drying ensures that the buds burn well while the curing process gets rid of the byproducts of drying so that the flower is more pleasant to smoke. It also enhances the flavors and aromas, prolongs the shelf life of the flower, and makes it less susceptible to molds and in the case of some strains, increases the THC content.

Even though at present cannabis and CBD extracts can produce smells and effects identical to the real thing and even offer a number of notable advantages, an overwhelming number of users still prefer to smoke flowers. Surprisingly, around 90.19%6 of surveyed users prefer to consume cannabis by flower combustion and interestingly enough, this is followed by edibles at 56.42% instead of vaping which only comes in third at 47.36%.

Why do some users prefer CBD flowers?

Is it dangerous to use CBD flowers?

Flowers are the most basic form of CBD. These are easy-to-use and are purported to provide the most benefits. Unfortunately, there are risks involved in consuming them by smoking or vaping.

However, these are the only two methods to use for flowers, buds or “nugs”. Of the two methods, smoking carries significantly more health risks. While at present, studies have yet to establish a clear link between cannabis smoking and cancer10 since it has been observed that marijuana smokers also exhibit the same respiratory issues as tobacco smokers, like chronic bronchitis, inflammation of the airways, and hyperinflation where pockets of air get trapped in the lungs. This is likely caused by the harmful chemicals found both in tobacco smoke and cannabis smoke including ammonia and hydrogen cyanide, and carcinogenic compounds as benzopyrene and benzanthracene11 in addition to phenols, vinyl chlorides, nitrosamines, reactive oxygen species.

Additionally, studies point out that cannabis smokers tend to inhale more of these harmful chemicals and tar since they usually inhale deeper and hold in their breath. However, it should be noted that studies also say that cannabis smoking is not as harmful as tobacco smoking12, and while the reason for this is still largely unclear.13 it is largely attributed to THC and CBD’s anti-cancer properties.

Cannabis joints and pipes do not use a filter, and one way to reduce the presence of harmful compounds in cannabis smoke is to use a water bong. Bongs can use water and other liquids to cool the smoke down for a smoother toke. It is also a common belief that the liquid filters harmful chemicals and tar. However, scientific studies and anecdotal accounts seem to be at odds with the positive effects of using a bong. One frequently mentioned study14 showed that joints actually outdid water bongs in terms of tar to cannabinoid ratio since the bongs actually filtered out more cannabinoids than tar.

Vapes: a better way to smoke

Thanks to the technological advancements within the last decade, cannabis vaporizers vastly improved the way flowers are used. It allowed users to apply controlled heat to the flower so that it can be vaporized instead of burnt. The latter generates smoke that is largely responsible for the health risks associated with smoking marijuana.

Vapes offer significantly more advantages over smoking. At least one study15 found that it yielded a better taste and smell and even increased the effect of the same amount of marijuana, according to test participants. Another study16 observed a decrease in respiratory problems with cannabis users who used vaporizers.

Compared to smoking, the disadvantages of vaping CBD flowers seem to be minimal. One frequent consideration is the cost: vapes that take dry herb can start at around $69.99, like the Pulsar APX Vape (v2) but can go as high as $349 for Storz & Bickel’s Mighty Vaporizer which allows the user to set the temperature. While cleaning and maintenance can be a hassle, it may be negligible considering that a vaporizer can actually be a worthwhile investment in the long run.

In terms of using CBD flowers, vaporizers are clearly the best choice, even though they are a bit expensive. While there are also some health risks associated with it, as mentioned in The Pros and Cons of Vaping CBD Oil, it undoubtedly offers the most advantages and the least number of health risks when using whole CBD buds or dried herbs. The fact that a lot of newer vape setups also take CBD dabs (waxes, crystals, shatters) and even e-juice make them an economical and healthier investment for those who intend to take CBD and cannabis long term.

5 thoughts on “What is the Best Way to Use CBD Flowers?”