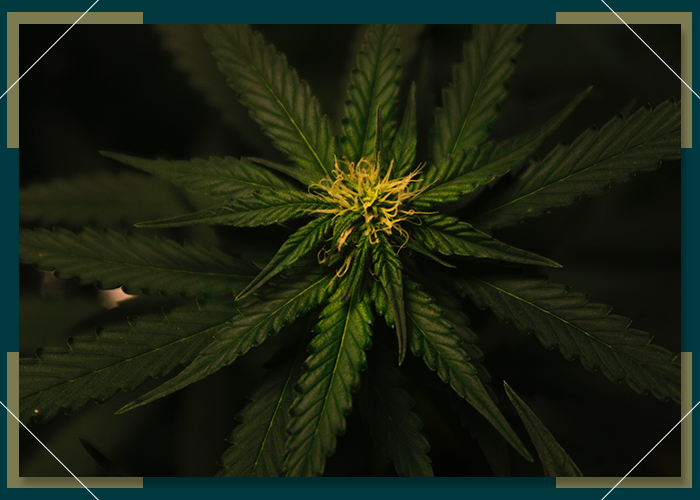 The CBD market has grown at a tremendous rate during the past few years. There is no doubt that the passage of the Agriculture Improvement Act of 2018, also known as the Farm Bill1, gave it an even bigger boost since it allowed the broad cultivation of hemp and the transfer of products derived from it across state lines even for commercial purposes. It also made the sales, transportation, and possession of hemp products legal, as long as they are produced in accordance with certain restrictions. Despite this break, however, a lot of CBD myths still abound.

While being currently at odds with the FDA, analysts are still optimistic about the growth of CBD stocks and the cannabis industry as a whole, especially with Congress showing wide support for H. R. 55872, a bill that will allow CBD to be approved in dietary products even before testing. Based on this, it looks like the production and proliferation of CBD products won’t be slowing down anytime soon.

There is still a lot of confusion with regards to information surrounding CBD at present since it is a fairly new health product that rose to popularity mostly due to anecdotal evidence. This information is especially unreliable because even anecdotal evidence suggests that CBD’s effects vary from person to person. Though clinical evidence in support of CBD’s benefits is stacking up, studies into it are very scant and not enough to rule out any potentially major side effects. This makes it all the more important for consumers to be educated so that they can decide for themselves if CBD is right for them.

Here are 10 of the biggest CBD myths that need to be cleared up:

The truth of this statement depends mostly on how hemp and marijuana are defined. To give this murky topic a simple explanation, “hemp”3 is defined in the Agricultural Act of 2018 as varieties of Cannabis sativa that contain 0.3% or less THC content (by dry weight) while “marijuana” are varieties that contain more than 0.3% THC (by dry weight). CBD is mostly derived from hemp where it is abundant, while marijuana contains more THC and is cultivated primarily for its psychotropic properties, even though the two varieties are of the same plant species. Given this definition, it can be said that CBD does not come from marijuana.

This one also depends on how the word “intoxicating” is defined. CBD is confirmed to have a mood-altering effect4 but it does not cause a “high” like THC, which is highly psychoactive. The term “high” is generally understood as intoxication5 which does not accurately describe CBD’s mild psychotropic effects.

This is definitely not true since based on user accounts and initial studies, CBD seems to exhibit a biphasic effect6. This means that it can produce opposite effects at low and high doses. For example, in a study7 that researched the anxiolytic effects of CBD, it was found that the anxiety of the test subjects had been reduced with a 300mg dose, but not at a 100mg or 900mg dose.

The quick answer is that it does not. Cannabinoid receptors allow the human body to respond to cannabinoids produced internally or introduced externally, like plant cannabinoids. There are 2 known subtypes of cannabinoid receptors: CB1, which is expressed mainly in the central nervous system and CB2, which is mainly in the immune system. However, even though CBD is a cannabinoid, it does not bind with CB1 and CB2, unlike THC. Rather, its effects are produced through indirect means. This can include the activation of TRPV1 receptors which are involved in regulating things like pain and inflammation, or by inhibiting the Fatty Acid Amide Hydrolase (FAAH) which leads to higher levels of endocannabinoids like anandamide8, a.k.a the “bliss molecule”.

5. CBD is just THC without the high

Although the two share a lot of common benefits, in general, each cannabinoid has its own set of properties, and some work better than others in treating particular conditions. There is also the entourage effect which suggests that cannabinoids when working together, have a synergistic effect that can result in benefits that cannot be provided by CBD or THC alone.

6. CBD is a sedative

CBD can be a sedative9, but since it is biphasic, it can make the user more alert at lower doses but sedate at higher doses.

7. CBD is the same wherever you buy it

This is one of the biggest CBD myths that need to be clarified. The quality of CBD can vary greatly depending on a number of factors. However, the following ones make the most impact on the concentrated product, like isolates, broad-spectrum and full-spectrum:

Third-party testing also plays a critical role in the quality of the product that hits the shelves since regardless of what the manufacturer says, a reputable tester will only put what their test results say on their report. This is why it is critical to buy products that have been tested independently.

CBD currently exists in a legal gray area in the US, but CBD can be legal under the following conditions:

What makes CBD’s legal status particularly complicated is that the FDA says Congress had “explicitly preserved the agency’s current authority to regulate products containing cannabis or cannabis-derived compounds under the Federal Food, Drug, and Cosmetic Act (FD&C Act) and section 351 of the Public Health Service Act.”11 We provide a more in-depth discussion on this in FAQ on Drug Testing & CBD.

Everybody reacts to CBD differently, but the most critical factor in the speed of CBD’s absorption into the body would be the method of delivery since this determines its bioavailability. This is the rate at which a substance is absorbed into the bloodstream. CBD is typically taken 3 ways:

10. Government regulation against CBD is bad

This is one of the CBD myths that is quite misunderstood. While prohibition will undoubtedly spell disaster for the CBD industry, it is unlikely to happen. On the other hand, government regulation might actually ensure that CBD products are safer and of higher quality and producers will no longer have to go through the mess of inconsistent and contradictory state and federal regulations.13

There is an obvious need to clear up CBD myths so that consumers can make better health and buying decisions. Even though most, if not all users who have tried CBD will agree that it brings real and perceivable to their ailments, the inaccurate and conflicting information that surrounds CBD myths makes a big negative impact on its potential. For example, because of CBD’s biphasic properties, a user who is under the impression that taking a higher dose of CBD is better may not get relief for his condition and may likely conclude that it is ineffective. User accounts like these add to the confusion especially since CBD relies mostly on anecdotal evidence to support its claims. However, recent developments on CBD’s legal status, particularly the H.R. 5587, are expected to clear the way for more clinical trials that can provide more reliable and definitive information.