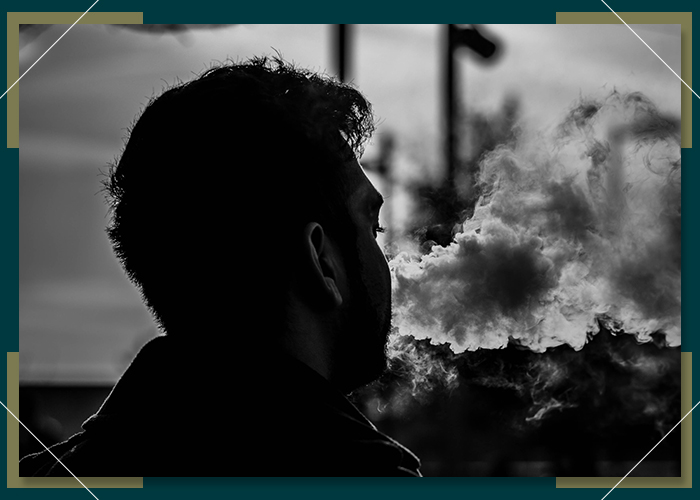 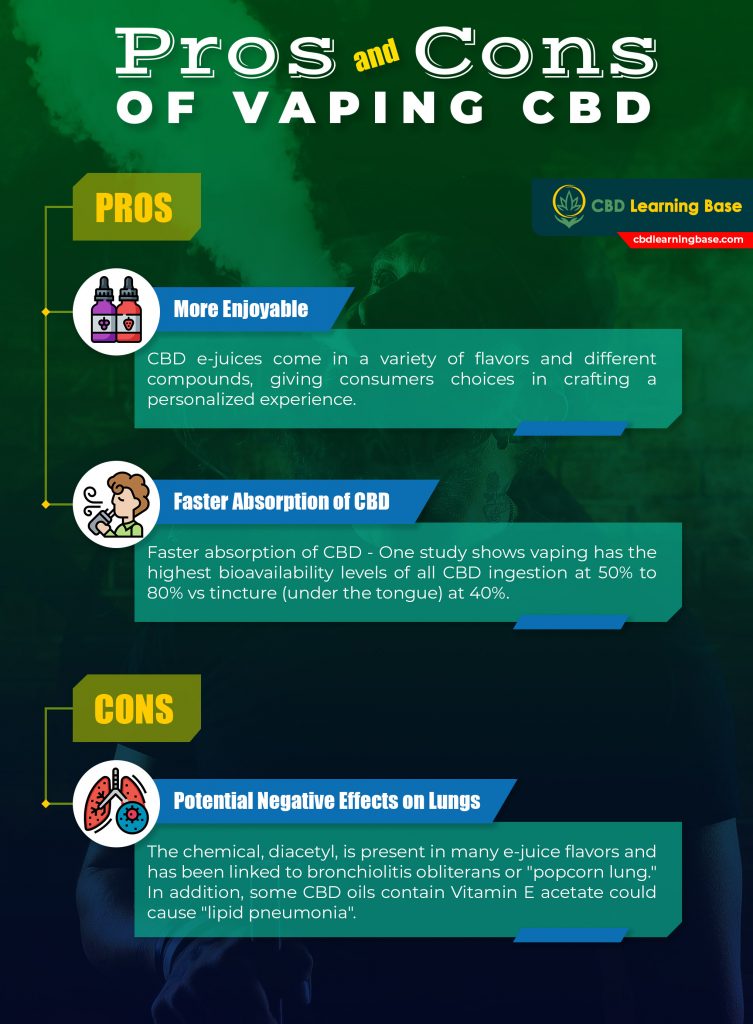 Recent statistics seem to suggest that the global decline in tobacco smoking1 has led to the rapid adoption of e-cigarettes and other forms of vaping2.

Since the adoption of vaping initially overtook studies into its health effects, it rose to popularity on the notion that it was the “safer” alternative to smoking since instead of inhaling smoke, vape users inhaled water vapor to absorb chemicals like nicotine thru the lungs. However, a number of recent studies have shown that vaping, although relatively less harmful than smoking, still carries with it significant health risks. In fact, the WHO even issued a new warning against vaping in the first month of this year, which is also the same stance the CDC3 took on the issue.

The popularity of vaping

It was not surprising that cannabis users began using vaping technology since smoking or vaporizing is still the most popular way of taking cannabis products.4. Furthermore, since there exists a distinct demographic of users that take cannabis solely for medical purposes, this group is likely to gravitate towards methods of marijuana consumption that carry fewer health risks.

At present, the health benefits and adverse effects of both vaping and CBD are surrounded by confusion, even with the rapid growth in their adoption. Because of this, there is great importance in clarifying established facts. This will help consumers decide if the benefits outweigh the risks involved in vaping CBD oil, or if they should opt for other methods of consumption.

Vaping has become popular for a number of reasons that we’ve mentioned in How to Vape CBD 101. Arguably, one of the biggest reasons that contribute to its appeal is that its the best alternative for people who want to quit smoking. 5. Another is that vaping doesn’t have the stigma6 attached to smoking, but this comes with its own set of problems as it has likely led to the rapid increase of vaping in teens and younger people.

In any case, it is undeniable that vaping is one of the fastest and most convenient ways to introduce a substance into the bloodstream, not to mention painless. However, there are other ways to take CBD, like drops under the tongue (sublingually), by ingestion through the digestive system, or even CBD “inhalers” that may offer fewer risks versus benefits.

It should first be clarified that CBD for vaping should not contain oil like MCT which is typically used in CBD tinctures meant for oral administration. This can be confusing for consumers new to vaping CBD oil since some CBD vaping juices are mislabeled as CBD oil and sold in e-juice style dropper bottles. Most CBD juices suitable for vaping will either be mixed with vegetable glycerin (VG) or propylene glycol (PG) or a combination of both. Used in almost all e-juices, these odorless liquids both have their advantages and disadvantages and may only work with certain vaping devices.

While vape devices can come in all sorts of shapes and sizes, all will have 4 components in common:

There are two distinct variations of vaping devices:

The Pros of Vaping CBD

It is safer and more enjoyable

In What is the Best Way to Use a CBD Flower? we mentioned a number of reasons why smoking cannabis is still hugely popular. However, this method accompanies almost all of the health hazards linked to smoking tobacco. Smoke in any form is harmful primarily to the lungs when inhaled since it contains toxins, irritants, and carcinogens, which makes it all the more hazardous to marijuana users since they tend to inhale deeper and hold their breath in longer than cigarette smokers.8

A number of studies9 have already shown that vaping is associated with way fewer health risks than smoking cannabis. Vaping is also more enjoyable since CBD e-juices come in a variety of flavors or even with varying levels of terpenes10 and other compounds, giving the user a lot of options to create a highly customized relaxation experience.

It allows faster absorption of CBD

At least one study11 confirms anecdotal accounts that vaping has the highest rate of bioavailability of all methods of CBD intake. In fact, vaping can make CBD approximately 50% to 80% more bioavailable12, compared to 40% to 50% by tincture.

Most CBD vape oils from reputable sources also offer CBD in its purest form, with only PG or VG as diluents. This means more value for money since there are fewer impurities to affect the CBD’s potency.13

The Cons of Vaping CBD

The harmful effects mentioned below are not exclusive to vaping CBD but in vaping any kind of e-liquid.

The effect of vaping on the lungs and heart

While vaping might present a less harmful alternative to smoking, it has its own set of health problems as well. In fact, agencies such as the World Health Organization and the Center for Disease Control have already issued warnings against e-cigarettes and vaping.

In one study14 it was found that even food-grade diluents such as VG and PG inhibited the growth rate of test cells. It also found that popular e-juice flavoring compounds increased the toxicity of e-liquids when vaped. In particular, the chemical diacetyl, which is found in most e-juice flavorings, had been found to cause a condition called bronchiolitis obliterans or “popcorn lung”.15. In addition to this, overheating can also convert compounds in e-juices to harmful benzenes.16

Because of a sharp rise in health incidents related to vaping from August to September in 2019, the CDC published a web page of what it calls EVALI (for e-cigarette, or vaping, product use associated lung injury). To date, there have been a total of 2,758 cases of lung injury that required hospitalization and as high as 64 deaths related to vaping, according to reports by the CDC and state agencies.17

Since the CBD industry is booming despite being in a legal gray area, it makes it a hotbed for manufacturers who produce inferior products just to jump on such a lucrative opportunity. One such case involves reports of illnesses and even death of several people across the US who have used cannabis vaping products containing Vitamin E acetate.18 While Vitamin E is not toxic when ingested, it has oil-like properties that can coat the inside of the lungs, which could have caused a rare condition called lipoid pneumonia in some of the victims.

While vaping CBD oil provides higher bioavailability and an overall enjoyable experience closer to smoking cannabis with fewer risks, the disadvantages seem to trump the benefits. Because of this, sacrificing some bioavailability by taking CBD sublingually, or using a CBD inhaler looks to be a significantly healthier option.

2 thoughts on “The Pros and Cons of Vaping CBD Oil”