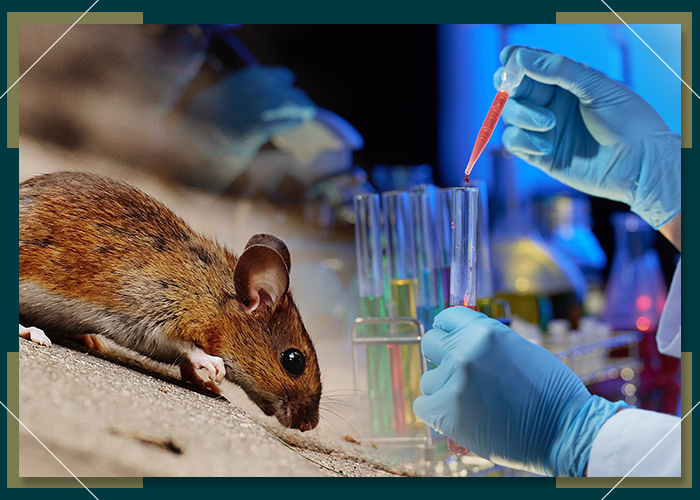 In 2017, researchers from the University of São Paulo looked at how CBD affected pain relief in rats by looking at different doses and delivery methods. In their study entitled “Cannabidiol Is a Potential Therapeutic for the Affective-Motivational Dimension of Incision Pain in Rats” the researchers found evidence that CBD provided significant results for pain relief compared to control groups. Interestingly, the dosage amount seemed to matter: too little and too much CBD didn’t yield significant pain relief.

In this article, we will look at the details of the study and what the results mean in terms of using CBD for pain relief in humans. 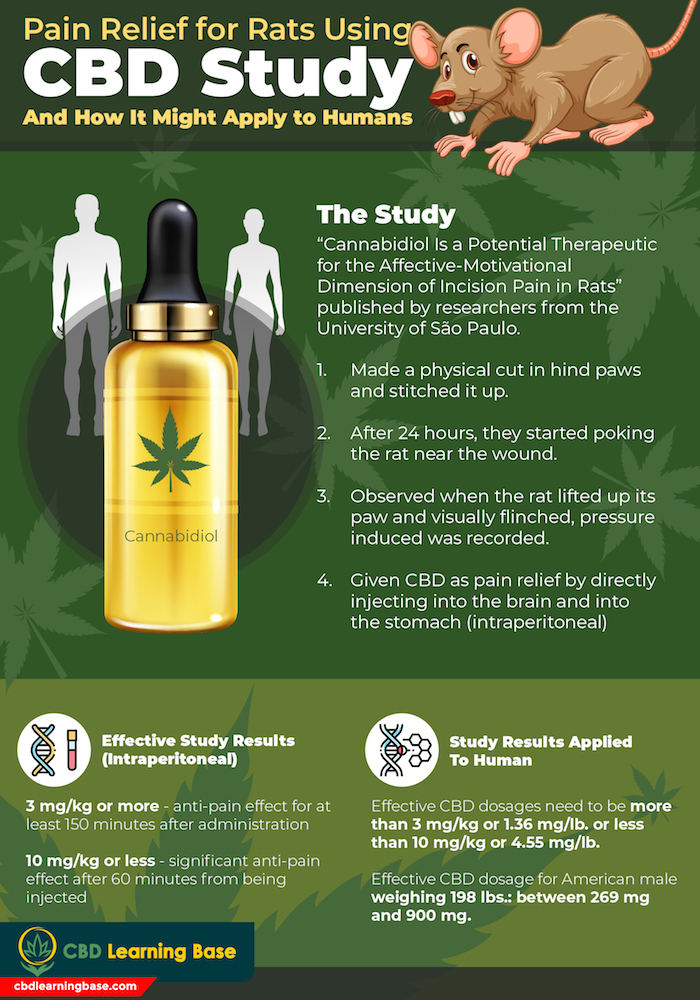 To get a picture of the study mentioned earlier, what they did was:1

The results for CBD stomach injection were as follows:

The result from CBD injection into the brain was:

What Does This Mean for Humans?

Like any animal study, it’s difficult to extrapolate the results to apply them to humans. That being said, the biggest thing worth looking at is the amounts the rats were receiving and what the equivalent amount would need to be to elicit a similar response.

The effective results showed that in rats, the CBD dosages need to be:

Where it wasn’t effective in rats was CBD dosages of:

For an average American male who weighs 198 lbs.:

For an average American female who weighs 170 lbs. this translates to:

The study results suggest CBD doses in the recommended serving sizes found on the labels of CBD products may be inadequate. Keep in mind that in this study, they were looking at pain relief for a physical wound and not general aches and pains which most people are probably taking CBD for.

The Cost of CBD at Effective Dosages

It may give consumers some perspective in terms of cost if they were to take CBD dosages for pain relief similar to how it was done in the study.

If we were to rely on Charlotte’s Web 25 mg CBD Capsules as a reference point for cost:

It should be considered that the dosages previously mentioned are based on the rat study where each rat was surgically cut and then sewn back up. This is probably on the extreme side as most people aren’t using CBD strictly for pain but it makes it obvious that an effective dose of CBD is not cheap. This means for most products out there, we probably are underdosing based on this one study.