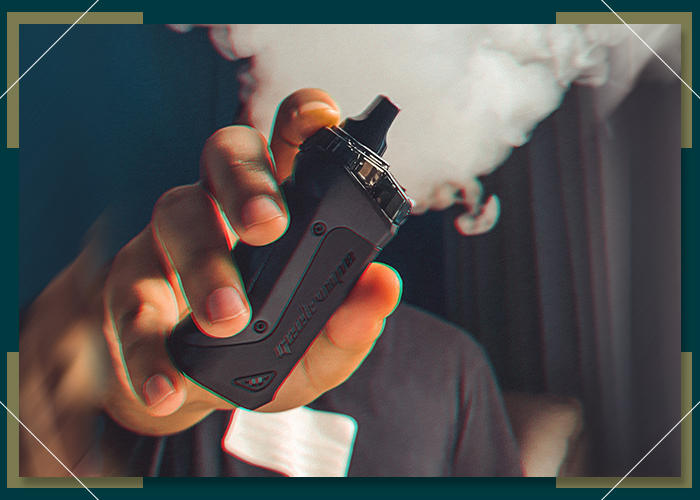 Looking at the history of cannabis, it is not surprising to see that the oldest and still most popular way to consume it is by inhalation, specifically by smoking1 and in modern times, vaping since these methods allow cannabinoids to take effect quickly. However, an interesting fact about CBD is that it is most popularly consumed sublingually2, despite being a cannabis product. This raises the question, should you try to vape CBD?

This may be due to the fact that CBD is generally used for relieving ailments and restoring homeostasis. It does not have the same recreational value since it is not as psychoactive as THC or marijuana. However, those who have smoked and vaped cannabis may agree that the act is an experience unto itself is why smoking, a method so crude and primitive, is still popular even today.

This begs the question: why bother vaping CBD? At face value, CBD sublingual drops seem to be the superior method of consuming CBD – it comes in a convenient tincture bottle that lets you take your drops pretty much anywhere. It is certainly less costly: a decent vape kit can easily start at $50 and can go up to $300. You’ll also have to clean it, buy parts like batteries and cartridges, and not all establishments allow vaping in their premises.

Yet despite these obvious disadvantages, vaping is still a popular way of taking cannabis or even CBD and it is even growing in popularity.3

Let’s look at some of the reasons why:

Also, as mentioned in The Pros and Cons of Vaping CBD Oil, vaping is by far the best alternative to smoking. Thus, vaping CBD oil is hitting three birds with one stone: it provides smokers a safer alternative to the act of smoking while CBD reduces their addiction to tobacco5 in addition to replacing the “feel-good” sensation provided by nicotine.

Almost all vape devices operate on the principle of using just enough heat to turn CBD into vapor and not smoke. This prevents the formation of harmful compounds like tar, polycyclic aromatic hydrocarbons (PAH), carbon monoxide, and other carcinogens like benzene.6 It also gives the smoker a smoother toke without the burning throat sensation.

Is dabbing the same as vaping?

New users often confuse “dabbing” as a form of vape since it looks very similar. However, the two use different methods of heat transfer which have different results. Vapes use convective heating, which heats the air around the flower or oil to turn it into vapor. Meanwhile, dab rigs use conductive heating to “cook” concentrates like waxes on a hot surface to turn it into vapor.

The industry is continuously making improvements to both methods as their popularity grows. However, what used to be two competing ways of taking cannabis now seem to be on the path of convergence with products like Dr. Dabber’s Switch which uses inductive heating to heat both flowers and concentrate with controlled heat to maximize the vaporization of cannabinoids and prevent the formation of harmful compounds.

Vaping CBD is a fairly straightforward process: just fire up your device and draw the CBD vapor. However, buying a vape device can be confusing, given the sheer variety available on the market today. Additionally, some vape apparatuses can only be used with e-liquids, or flowers, or oils and then there are some that can handle all. Expectedly, each product will have its own advantages and disadvantages. Most CBD vapes on the market can belong in one of the following categories:

Pen vapes are designed to be cheaper and smaller since they are typically intended for casual users. These can either be disposable, like CBDFx’s Disposable Vape Pen, use disposable cartridges like Hempod’s CBD cartridges or use disposable “pods” like Urbul’s Vape Starter Kits.

These devices typically produce more vapor and accommodate batteries that hold longer charges. Higher-end models also give users more precise control over the temperature. Even though these are usually pricier than pen vapes, they may actually be a more economical investment for heavy vapers. Even though some pen vapes have tanks for holding oils and e-liquids, “tank-style” vapes usually refer to mods that use a 18650 battery. One good example would be GeekVape’s Aegis X Kit with Zeus Sub Ohm Tank.

The video below shows the use of CBD oil with a typical tank-style vape. The user also describes how it feels after taking a few hits.

There are also “hybrid” devices that do exist, like the Haze Square Pro which can vaporize dry herbs, concentrates, and liquids. Again, the vaping device that you pick will largely depend on your needs and budget.

As the closest thing to smoking, vaping is undoubtedly still one of the most enjoyable ways to consume CBD. Although there are still risks with this method of delivery at present, developments in the technology should reduce them. There is also a high likelihood that the prices of both CBD and vaping devices will go down as