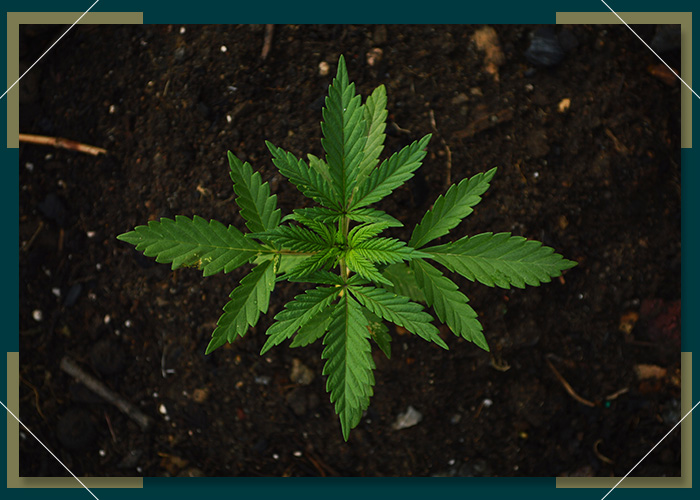 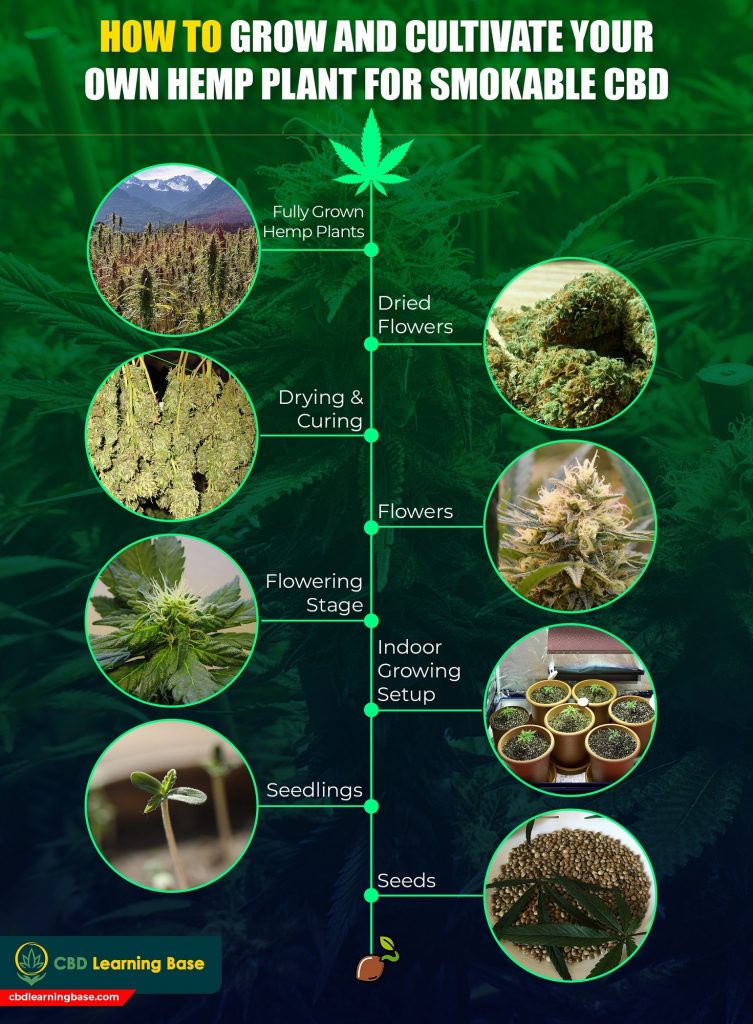 Cannabis is a plant that has long been used by humans for a variety of purposes. As discussed in What is the Best Way to Use a CBD Flower? it is one of the first plants to be cultivated by humans since practically every part of it can be used. Not much has changed since then. Even today, anyone who has a cannabis seed has the power to grow CBD and marijuana. He can provide himself and others an endless supply of the plant whose psychoactive and medicinal properties changed civilization. In essence, all you need to grow CBD is a single seed.

Cannabis: medicine of the ancients

Being indigenous in Central Asia and the Indian subcontinent, archaeological evidence suggests that cannabis was first cultivated for food, fiber and psychoactive material in Japan as far back as the pre-Neolithic period.1 It is said that since ancient people used to eat hemp seeds, it was inevitable for them to discover the medicinal properties of cannabis.

Throughout history, cultures that came across the cannabis plant quickly became acquainted with its numerous healing properties. Not only is the early Chinese surgeon Hua Tuo credited for being the first person to use it as an anaesthetic, but during the Tang dynasty2, the Chinese were already well-aware of the fact that every part of the cannabis plant can be used as medicine. Even before the Chinese, the ancient Egyptians already used cannabis to treat hemorrhoid pain and sore eyes. Likewise, the ancient Greeks used it to dress wounds on horses, treat nosebleeds and expel tapeworms and as early as the 8th to 18th century, Arabic physicians already knew of cannabis’s diuretic, antiemetic, antiepileptic, anti-inflammatory, analgesic and antipyretic properties.

A threat to big pharma?

One particularly plausible conspiracy theory that many in the marijuana community believe is that pharmaceutical companies are secretly working with the government to suppress cannabis since it is practically a free drug that anyone can grow for themselves.

Studies have already confirmed what the ancients knew about cannabis, and in addition to that, initial studies on animal models have shown that it can even be a potential treatment for cancer3, and not just the undesirable effects of chemotherapy. Considering that a cancer patient typically takes multiple drugs daily4, this means if cannabis has the potential to displace a lot of expensive drugs on the market, cutting into the profits of these big pharma companies.

Although most cannabis enthusiasts will recommend using marijuana flowers or full-spectrum oils, citing the benefits of the “entourage effect”5, not everyone wants to get high. Furthermore, it is also precisely because of THC’s psychoactive effects that cannabis has become such a controversial plant. This is why cannabidiol or CBD took off quickly when it first hit the market a few years ago; it offered almost all of the health benefits of cannabis, without getting the user high.

At present, studies have already confirmed what most users believe to be true about CBD, that it has a lot of potential in addressing a wide range of ailments and conditions like pain6, seizures[notes]Medical Marijuana and Epilepsy[Epilepsy Foundation][/notes], anxiety7, and possibly cancer.8. Since CBD is significantly more mainstream than THC or marijuana, it will displace an even greater number of both prescription and over-the-counter drugs, as well as some health and wellness products currently on the market once scientific trials are able to fully confirm its benefits and possible side effects.

While it is true that pharmaceutical companies can just make and sell their own cannabis-based drugs, like in the case of Epidiolex, what presents itself as a threat to big pharma profits is the fact that anyone can grow a cannabis plant in the comfort of their own premises and it does not require any complicated or expensive process to extract or use the cannabinoids in it.

Grow your own medicine

Fortunately, it is not costly to grow CBD at home. It does not require much effort or any expensive extraction equipment, all you need is just a bit of knowledge and practice on how to properly. It can only get costly if you want to increase production, but for this article, we will only discuss information on growing hemp plants for CBD extraction meant for personal consumption.

Some people like to grow CBD as a hobby. While it can be cheaper than regularly buying CBD flowers or oils, it does take effort and a lot of time. Below is a simple cost comparison between buying CBD and growing one:

Cost of growing and cloning hemp for CBD:

Cost of a pack of CBD flowers:

As seen above, the starting cost of growing CBD can exceed $100. However, it is possible to multiply your plants after just by cloning them. So it really depends on the user’s preferences whether growing can be considered cost-effective or not.

Can I legally grow at home?

Before you invest in growing your own CBD hemp at home, first make sure that it is legal to do so in your state. While it is a minor concern if you’re just looking to grow just 1 or 2 plants indoors, it could be a problem if you want to grow a tall, conspicuous plant in your backyard.

The law on growing one’s own hemp at home is very confusing. While the Farm Bill makes it federally legal for farmers to grow hemp for commercial purposes, it does not contain provisions for home growing. Fortunately, state laws on growing marijuana provide more clarity on the matter. However, be warned that hemp for CBD will also be subject to these laws which are very particular on what can be grown and how many.

Cannabis laws can vary greatly from one state to the other, even though they both allow marijuana to be legal. For example, residents in Colorado9 are allowed to grow up to 6 plants per person, but no more than 3 plants should be in the mature/flowering stage at any time. Furthermore, no more than 12 plants can be grown regardless of the number of adults in the household. Meanwhile, a Maine10 resident can grow a maximum of 6 plants, 12 immature plants, and unlimited seedlings, and this limit can even be expanded to 18 plants by municipal authorities. However, these plants must be grown in an enclosed and secured area, which means outdoor growing is out of the question.

To grow CBD, the first step would be to get some seeds. Usually, you can do this without a problem in states where cannabis is legal (see What is Hemp and How is it Different from Marijuana). Most likely you’ll be able to buy some at dispensaries and shops that are partnered with a grower or seed producer like Blue Forest Farms.

Buying cannabis seeds is not so straightforward and there are a number of options when choosing among seed packs. Here are some terms you may come across when buying seeds:

To grow CBD, you need to get seeds that are brown or have a darker color with a hard shell as those have already matured. Avoid greenish and light-colored seeds.

Genetics is very important when it comes to cannabis. Ask the seller for the seeds’ history. If you can’t get one, you won’t have an idea of what you are getting.

After choosing your seeds, it’s time to germinate them, or getting them to grow a sprout. This is a fairly easy process:

These seeds are ready to be planted once they’ve sprouted. For this, you’ll need the following

Make a dimple around a centimeter deep with the pen. Use the tweezers to carefully place the sprout with the root sting pointing downward. Cover the hole with soil gently, not packed, just enough so that light cannot penetrate to the roots. The seedlings should grow after 1 to 3 days.

Your choice of where to plant will depend on what kind of plant you have. The only thing to keep in mind is that if you have a photoperiod plant, it has to grow for a certain period in a place where it can get at least 13 hours of light a day during its growth period and less than 12 hours or light during its flowering period. These plants also typically grow taller and for this reason, most home growers looking to get CBD prefer autoflowering plants, usually hybrid ruderalis strains that don’t require a strict lighting schedule. One thing to note is that light makes both varieties grow. Some growers even leave their lights on 24 hours on their autoflowering plants.

Other things to consider are air supply, humidity, and temperature. The ideal humidity level for cannabis plants is 40 to 70% during its growing phase and 30 to 50% during its flowering phase. They also need lots of carbon dioxide. They should also be planted in a space where the temperature is below 90F in the day and above 60F at night.

Your hemp plant will need fertilizer to grow well. It needs nitrogen, phosphorus, and potassium (NPK) like any other plant. However, the ratio of nitrogen to phosphorus will differ depending on which stage the plant is in. Fortunately, it’s easy enough to buy pre-mixed fertilizer packs for your plant’s growth stage and flowering stage.

The most basic way to consume your CBD-rich hemp plant would be to smoke or vape its flowers. In fact, you can even smoke one right after picking it, but it would certainly result in a bad experience. It is best to enjoy them after they have been dried and cured.

Drying the flower as slowly as possible allows the chlorophyll, which causes harshness during smoking, to fully degrade. Curing in low temperatures also allow enzymes and bacteria to break down minerals and undesired sugars made from the decomposition of chlorophyll. Typically, large-scale producers will hang their whole cut plants upside down in a place with controlled humidity, temperature, and airflow. However, those who own only one or two homegrown plants can simply cut off the flowers and let them dry on a rack. Make sure to turn them occasionally as they dry so that they can take on a nice, uniform shape.

Well-cured buds will keep in cool, air-tight containers for around 2 years without losing their potency.