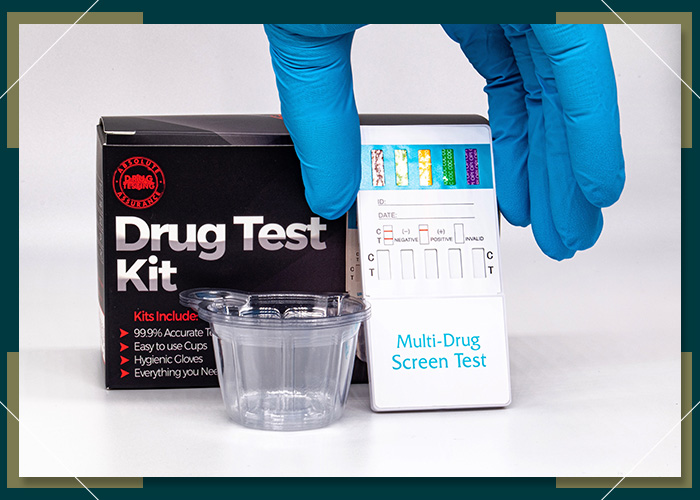 With sales expected to surge up to $20 billion by 20241, it is safe to say that CBD has become the hottest new health product in the last few years. Despite facing tough legal challenges in the US, even with the passage of the Farm Bill of 20182 the production and proliferation of new CBD products has not shown any signs of slowing down.

The thorny legal status of CBD in the US is something that needs to be clarified. At present, it seems that only the FDA has an axe to grind against CBD3. However, this hasn’t stopped the industry from selling and marketing all sorts of CBD products. Likewise, consumers seem to be interested in buying CBD for their ailments more than ever before.

Unfortunately, most CBD users are not as likely to be aware of the legal repercussion that they may face from using such products. This is probably because the law is clear on the legality of THC and marijuana, but not with CBD. CBD is such an innocuous product that is readily available anywhere. Additionally, it does not have any recreational value not is there such as thing as CBD drug testing. This makes it hard to believe that CBD can actually be illegal.

In fact, there are reports of users getting into legal trouble by surprise due to their usage of CBD. One such incident even lead to a lawsuit after a drug counselor got sacked4 by her employer for using CBD. To help prevent similar incidents from happening, we’ll try to provide clarification on some of the most frequently asked questions on CBD and drug testing.

Cannabidiol or CBD is one of the more abundant phytocannabinoids in the Cannabis sativa plant. Anecdotal evidence and clinical studies show that CBD is fairly effective in treating pain, anxiety, seizures, and even depression and PTSD.

Can CBD get me high?

Although CBD occurs in both marijuana and hemp along with Tetrahydrocannabinol or THC, it does not have the same psychotropic effects as THC. Psychotropic and psychoactive are often used interchangeably. However, psychotropic is often used to refer to drugs that affect one’s mind in such a way that it alters the perception of reality while psychoactive can merely refer to substances that affect one’s mood. As discussed in Top 10 Myths Surrounding CBD Debunked, CBD can definitely influence one’s mood but it does not cause a “high” like THC.

What is the difference between hemp and marijuana?

One of the biggest reasons why “hemp” and “marijuana” are often confused with each other is that both are often used loosely. As we’ve explained in What is Hemp and How Is it Different from Marijuana, both are the same species of plant, Cannabis sativa. However, hemp is typically used to refer to cannabis strains that have less than 0.3% THC while marijuana or weed refers to those with THC content higher than 0.3%.5 CBD for commercial production is extracted from hemp where it is more abundant and legal under the Farm Bill of 2018 while cannabis oil and THC are extracted from marijuana strains.

Most CBD products in the market today can have a trace amount of THC in them. This depends on how good the extraction and refinement process of a company is. A product labeled and marketed as pure CBD will likely mean that it has a permissible amount of THC, which is under 0.3%. If it is greater than this amount, its label will have to indicate that it contains THC.

CBD flowers, buds and “nugs” will have a permissible amount of THC, as well as full-spectrum and broad-spectrum oils. Ideally, CBD isolates should not have any THC in it but some products may have trace amounts in them. Again, this depends on how well the CBD was extracted and refined.

Does CBD show up in a drug test?

CBD alone should not show up on a drug test, nor is there such a thing as CBD drug testing. But as mentioned previously, most CBD products on the market may contain a permissible amount of THC. THC is a fat-soluble compound that can stay be detected in the body for up to 30 days.6 Additionally, the label on some CBD products may not indicate its ingredients accurately and may contain THC more than 0.3%.

In short, there is a very small possibility that a CBD product user can fail a drug test. However, it has been known to happen.

It was shown in at least one particular child custody case that CBD can be mistaken as THC in a drug test. However, it was found that the error was on the part of the testing company so the result was invalidated.

How long does CBD stay in your system?

Experts say that it will take around 4 to 5 days7 for CBD to be completely discharged from the body. However, this still depends on a number of factors such as the method of ingestion, body weight, and lifestyle.

Can CBD topicals show up in a drug test?

As previously mentioned, drug tests only screen for THC. There is no CBD drug testing. Even then, it is highly unlikely for anyone using inhaled, sublingual, and edible CBD containing THC levels below 0.3% to test positive. For topicals, even those containing higher levels of THC, it would even be significantly lower.8

Can I be fired for using CBD?

Based on known cases in Utah and North Carolina where the employees had been fired for taking CBD products, the employee involved always failed the drug test for being THC positive, not CBD positive. Therefore, the real problem is consuming CBD with THC levels higher than permitted or advertised and/or taking a test that has a high detection threshold.

One of the most common types of tests would be a urine drug test that usually detects THC levels starting at 50 ng/mL, which is the cutoff recommended federally by the National Institutes of Health and clinically by the Substance Abuse and Mental Health Services Administration.

However, having a level of 50 ng/mL of THC is only possible by ingesting 2,000 mg or more of CBD with 0.3% THC or less. This is much higher than the average person is likely to take.

Is CBD a controlled substance?

There’s a lot of confusion surrounding the regulations related to CBD since they seem to contradict each other.

Many in the CBD industry rejoiced with the passage of the Farm Bill of 2018 which seems to have legalized CBD based on its definition of hemp. Specifically, it said that CBD is legal as long as it is derived from hemp which contains less than 0.3% THC. The extract will have to contain the same level of THC to be legal as well.

Previously, CBD as an extract of cannabis was considered a Schedule I controlled substance9, based on the FDA and the DEA pursuant to the 1970 CSA.

The DEA then announced in September 2018 that cannabis-derived CBD can have Schedule 5 status if it is FDA-approved and contains 0.1% THC or lower.10 Additionally, the DEA seemed to have loosened its stance on CBD when it announced in 201911 that CBD is no longer a controlled substance under the 2018 Farm Bill.

However, the FDA says that the only CBD product it has approved is Epidiolex12 and nothing else. This effectively says that CBD is only legal if it is in the form of Epidiolex.

Based on this information, it’s safe to say that the FDA considers CBD to be illegal. The DEA meanwhile says it is already out of their jurisdiction.13