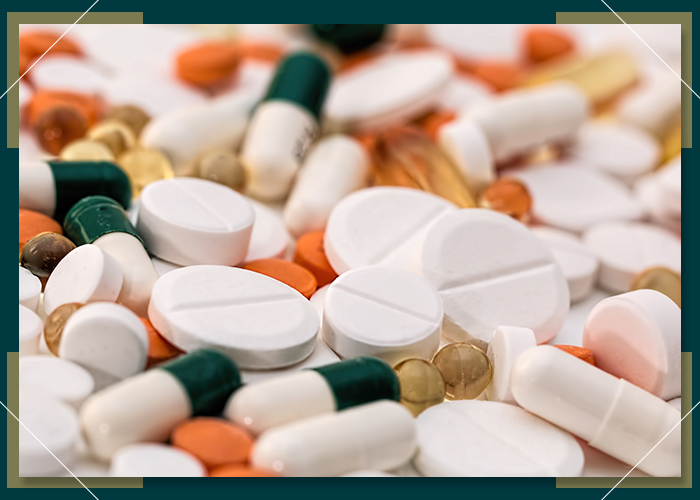 “Don’t panic, it’s organic.” is a phrase typically associated with marijuana and cannabis. This notion held by most consumers that “natural” products are totally harmless is actually misleading. Unfortunately, a lot of cannabis companies are guilty of using this fallacy to market their products. The truth is, there are a number of drugs to avoid while using CBD, and consumers need to know what those are.

We’ve mentioned that like most supplements, cannabinoids can potentially interact with other compounds even though they occur naturally. In fact, there are a number of “natural” foods that should not be taken with certain drugs. These include foods like grapefruit1, watercress and St. John’s wort which can interfere with the metabolization of most prescription medication.

Because of this, the FDA issued a warning against mixing supplements and medication since it can actually put people in life-threatening danger.2, These include some of the drugs to avoid while using CBD.

Like grapefruit, CBD can also inhibit the activities of CYP3A4, one of the enzymes in the cytochrome P-450 system (CYP450). It is estimated that around 60% of prescription drugs are metabolized by CYP4503, with CYP3A4 responsible for half of this.4

This was established in one study5 where CBD also effectively inhibited another enzyme, CYP3A5. Meanwhile, another study6 also confirmed that CBD had the greatest impact on shutting down CYP450 activity.

At least one study has confirmed that the degree to which CBD inhibits the cytochrome P450 system depends on the dosage. For example, in one study7 involving children with refractory epilepsy receiving clobazam (CLB) and CBD treatment, it was found that that the levels of CLB increased in the subjects when the researchers actually expected a drug-drug interaction. Using the two compounds metabolized by cytochrome P450 (CYP), the study saw a 50% decrease in seizures in 9 of the 13 children. Based on the results, researchers concluded that CBD can be used with CLD as an effective form of treatment for refractory epilepsy, provided that their levels are closely monitored.

These results suggest that CBD can be taken with certain medications without getting any unwanted effects. However, there is little information at present on how much CBD can be administered before it affects the metabolization of a particular drug.8

Given this, it can be possible to determine which drugs may have a drug-drug interaction with CBD by checking which prescription medications are metabolized by CYP450. An exhaustive list of these drugs has been published by Medline Plus and also by The Indiana University Department of Medicine in the Drug Interactions Flockhart Table. Below is a list9 of some of the more recognizable drugs to avoid while using CBD that is available to the typical consumer.

A good rule of thumb is to avoid taking CBD with any drug that has a grapefruit warning on its label.

Popular drugs metabolized by the liver

People already taking medication that is broken down by the liver are advised to use CBD cautiously since it can make drugs stay longer in the body. Some of the more popular ones are:

Should CBD be Taken with Alcohol or Caffeine?

As mentioned in 10 Facts About CBD Drinks You Should Know, opinions on taking CBD with alcohol are mixed due to conflicting information based on anecdotal evidence and the few studies that exist.

At least one study shows that CBD can actually lower blood alcohol levels.10 However, it also found no significant difference in the levels of intoxication between subjects that only took alcohol and those who took alcohol with CBD.

Most medical professionals do not recommend taking CBD with alcohol. The two are expected to amplify each other’s effects, leading to stronger sedation and even lowered inhibitions.11. While some people deliberately combine CBD and alcohol to experience these effects, it should be noted that there is just not enough clinical evidence to confirm the safety of using CDB with alcohol.

Likewise, CBD’s interaction with caffeine can either be good and bad. CBD inhibits the metabolization of caffeine by the CYP1A2 enzyme of the CYP450 system, prolonging its effects. It depends on the user if this effect is favorable or not.

Thankfully enough, there are no known cases of harmful toxicity caused by mixing CBD with either alcohol or caffeine.

The flood of CBD-based products in the market may result in a health issue for people that self-medicate. According to a survey by the Consumer Healthcare Products Association (CHPA), there is a growing number of American consumers who prefer to take healthcare matters into their own hands. The survey showed that 59% out of 1505 respondents would rather treat their own health condition now compared to a year ago. Meanwhile, 73% said they would rather treat themselves at home than see a doctor. Most alarmingly, however, 96% said that they are confident of the healthcare decisions they make for themselves.

These kinds of consumers are more inclined to try CBD to treat their ailments for a number of reasons. This can include the lack of access to healthcare, fear of going to the doctor, unpleasant side effects of the medication they are currently taking, etc. It’s possible that they might be choosing to focus solely on the benefits of CBD in the desire to get better treatment for their condition. They may also overlook the risks of taking it with other prescription medications they are already taking for conditions not treatable by CBD.

It should be noted that liver damage12 is one of the risks that the FDA associates with CBD.

Given this, the best way to know what drugs to avoid while using CBD would be to consult a doctor. Medical professionals are best equipped to interpret medical information related to CBD to determine the correct dosage in treating a particular condition.

3 thoughts on “Drugs to Avoid While Using CBD”