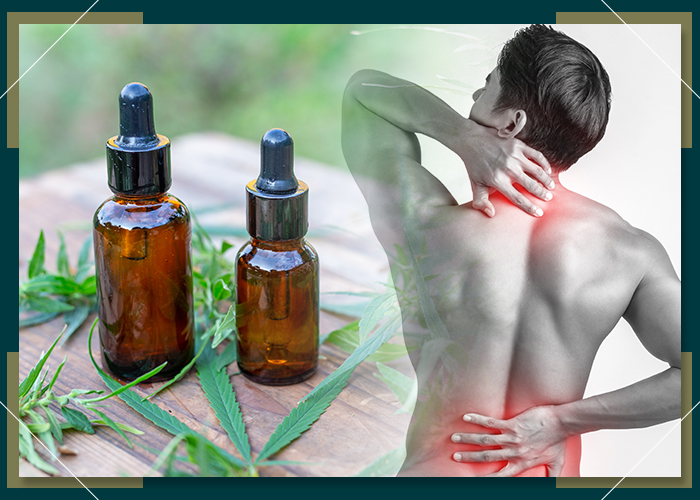 What is Inflammation and How Can CBD Help?

Inflammation is a natural process that occurs in the body as a response to a perceived or real threat. When some type of damage occurs in the body, the immune system reacts by triggering the inflammation process and inflaming the affected area. Blood rushes to the area along with immune cells to combat the threat. You see this in action when you bump your knee or accidentally hit your fingers with a hammer. It can also occur in certain autoimmune diseases like IBD (inflammatory bowel disease). This process can happen in many parts of the body, including in organs and muscle tissues. While inflammation is quite normal, chronic inflammation isn’t. People need to be aware of inflammation when it occurs in areas it’s not supposed to.

Studies on CBD for Pain and Inflammation

Studies on both animals and humans strongly suggest that CBD can help with all sorts of pain and lower unwanted inflammation. However, studies are very few and the ones involving human subjects, even fewer. But this lack in studies is now a moot point given that consumers already recognize CBD as a potent pain reliever. Nevertheless, here are some of the existing studies that point to CBD’s efficacy on pain and inflammation:

Some of the studies that link CBD to pain relief in migraine and headaches include THC, the psychoactive component in cannabis. While the pain-relieving effect of CBD is already undisputed, full-spectrum CBD oils will work better overall because of the entourage effect. Even better than this would be smoking or vaping strains that have a 1:1 CBD to THC ratio or somewhere close, since the two cannabinoids combined will have a more powerful pain-relieving effect5, but the CBD will balance out the THC’s psychoactive effects. We discuss more about CBD to THC ratios in Where to Buy Hemp Seeds for Growing Hemp Flowers in the US.

As previously mentioned, most of these studies have become a mere afterthought in light of the overwhelming number of anecdotal stories that praise CBD’s anti-inflammatory and pain-relieving properties. The fact that there is also a low risk for negative side effects have led many companies to produce and market CBD as post-workout products.

There is definitely a need for more studies into CBD’s benefits for pain and inflammation since initial studies already suggest that there is a lot more that can be uncovered. However, this can only take off once the government makes CBD completely legal. Despite the lack of scientific studies, there is an overwhelming amount of user feedback that provides good enough data that strongly suggests that using CBD as a pain reliever is definitely worth trying out.

A growing number of consumers are reportedly using CBD for pain relief instead of prescription drugs. As we mentioned in How to Grow and Cultivate Your Own Hemp Plant for Smokable CBD, it may even potentially displace medication that enjoys the backing of big pharma Tylenol and Advil. This is despite the obstructions it is currently facing like high costs, legal status, and association with marijuana. People already know that CBD doesn’t have the potential for abuse, overdose and negative side effects compared to other pain medication. With such a huge population in the U.S. using over-the-counter pain relief drugs, using CBD for pain relief could be a game-changer.

Replacing Opioids with CBD as a Pain Reliever

The opioid crisis in American is a serious problem that is causing the deaths of thousands of Americans every year.6 Hundreds of thousands of prescriptions are issued yearly and because so many people are deliberately being prescribed addictive substances, it’s no surprise that a large percentage inevitably gets addicted. CBD can address this problem once it gets a much-needed endorsement from the FDA.

CBD may actually present a safer alternative to a number of popular pain and inflammation drugs even though it is somewhat expensive. However, more studies on it are needed not just to confirm long-term safety but also to discover other potential applications.

Although I generally agree with the concept of “don’t ice, walk it off“, if you can include some treatments that don’t dampen but acute inflammation you may need for recovery but help alleviate the chronic inflammation that may be causing more long term issues, this could be a plus. There is some potential that CBD can help with this.

6 thoughts on “CBD For Pain and Inflammation”