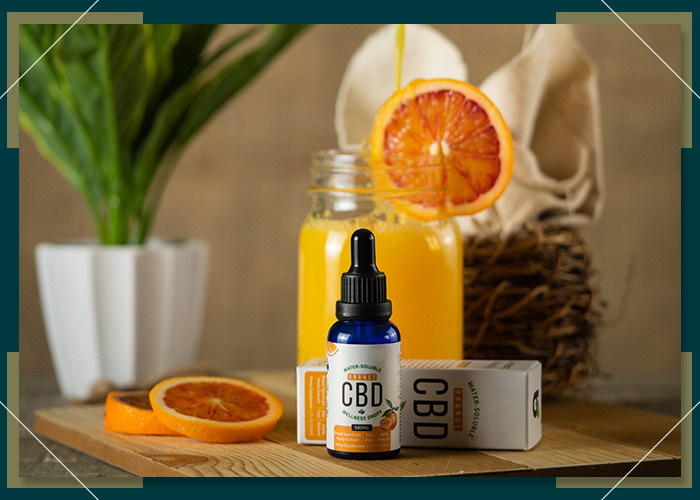 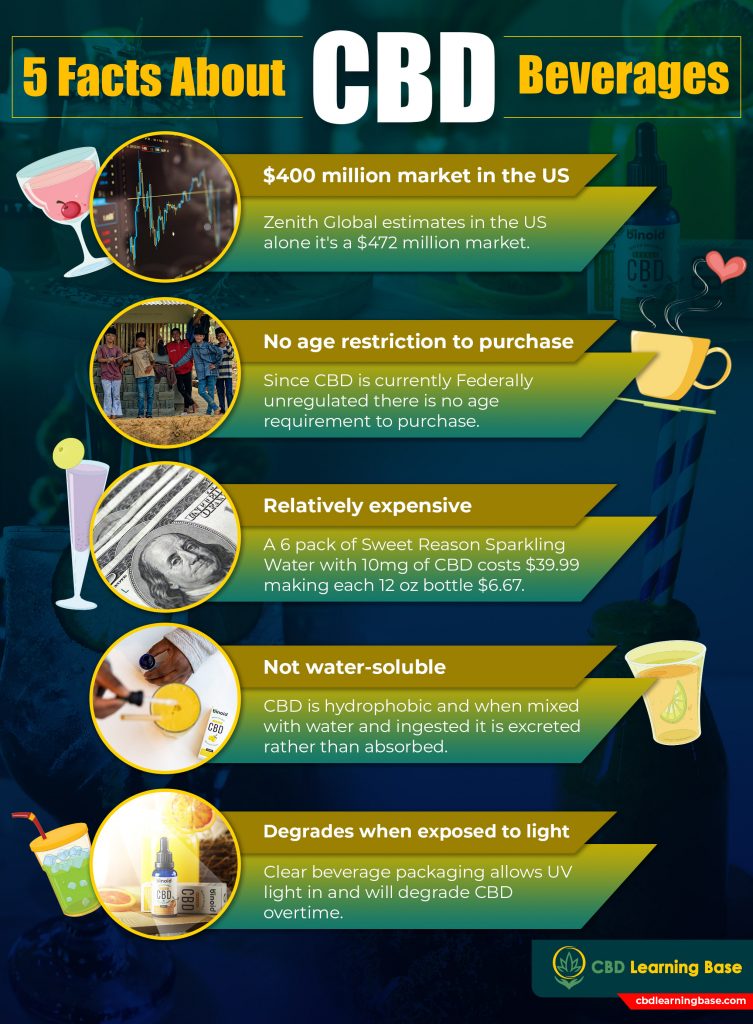 CBD has now gone so mainstream that it has already found its way into regular food products available on grocery shelves. Well on its way to achieving its superfood status, the lack of conclusive studies that left it stuck in a legal quagmire in the US has not stopped companies from jumping on the lucrative opportunity presented by this cannabis derivative.

However, the CBD hype is not unfounded. History is on the side of cannabis and the ancients knew of its medicinal benefits well. Even in modern times, clinical studies only serve to confirm what consumers already know about the health benefits of cannabinoids and CBD.

Since CBD has become the new gold rush, manufacturers are rushing in droves, churning out products, hoping to cash in on the demand of a hungry market. Considering that the CBD industry is also unregulated, its very likely to see products that don’t really offer an indispensable benefit to the consumer.

One of the newest categories of CBD products that have hit the market are CBD drinks. Admittedly, it seems that these products do have a niche to occupy in the whole spectrum of CBD products. Although effective, oils and tinctures do not exactly taste enjoyable, while vaping and inhaling CBD comes with its own set of risks. Edibles already exist so why not package CBD as a convenient, refreshing and tasty beverage?

As mentioned in most of our other articles, the upside of taking CBD seems to dwarf its potential downside and more and more evidence just seems to stack up in favor of it. However, do CBD drinks offer a real benefit that other CBD products do not? Here are 10 facts that may help guide consumers in deciding if they are actually worth spending on.

1. The US CBD beverage industry hits 400 million this year

According to UK-based food and beverage consultancy, Zenith Global, it is estimated that the CBD drinks market in the US alone is already at a hefty $472 million2 As we’ve discussed in FAQ on Drug Testing & CBD, even though there is a proliferation of CBD edibles and beverages in the market today, the FDA still considers them to be illegal.

However, the Agriculture Improvement Act of 2018 also says that hemp and its derivatives (which include CBD) that contain no more than 0.3% THC are considered legal. The CBD industry often cites the Farm Bill as a basis of CBD’s legality.

Additionally, the fact that the FDA is currently not active in cracking down CBD edibles and has recently even departed from its position in 2018 when it called for a public hearing and formed an internal working group tasked to “explore potential pathways for dietary supplements and/or conventional foods containing CBD to be lawfully marketed,”3, makes it understandable most consumers are so confused on the legal status of CBD drinks and edibles are so confusing for consumers.

Since CBD is currently unregulated4 there is no government-imposed legal requirement in buying CBD drinks. However, most establishments that deal with CBD and cannabis products will require a buyer to be at least years old.

CBD itself is already expensive and considering that the bioavailability of CBD drops significantly to around 4% to 20%5 when ingested via the digestive system means that CBD drinks are one of the least economical ways to reap the benefits of CBD.

Some drink manufacturers, however, like point out that CBD drinks give consumers a way of getting a host of health benefits in one convenient package. Others even go as far as to claim that CBD has a synergistic effect with the other healthy components in the drink. For example, drinks like Creek Valley Cannabidiol’s Ginger CBD Kombucha is one way to get your probiotic fix along with 50mg of CBD, which is a relatively high dose for a drink in its category. Then there’s also CBD Living Water, which is a kosher certified, high-pH water that promises 10 mg of their proprietary nano-CBD.

Ultimately it is the consumer who decides whether the benefits of CBD drink make it worth its price or not.

5. CBD water may not be worth buying

One particular drink that has generally received a lot of flack would be CBD water. There are several reasons why this product is looked upon unfavorably:

6. CBD drinks packaged in clear containers may not be a good idea

There is a good reason why CBD oil and tinctures are packaged in dark glass bottles. This is because UV light, as well as compounds that leach from plastic bottles, will degrade CBD overtime. Repeatedly opening and closing a bottle also exposes CBD to oxygen which also destabilizes it.7

One drink that commonly comes in clear plastic bottles is CBD water. But there are others that consciously package theirs in non-transparent ones, like Raw Health’s CBD-infused water which comes in a coated bottle.

7. Alcoholic CBD drinks can either be a good or bad idea

Mixing CBD in alcoholic drinks is a trend that is now catching on in a lot of bars and even with alcoholic drink manufacturers. In fact, brews like Coalition Brewing’s Two Flowers IPA are actually getting positive reviews from traditional beer drinkers.

Those who have tried alcoholic CBD drinks claim that they have experienced greater intoxication compared to normal alcoholic drinks. James Giordano, a professor of neurology and biochemistry at Georgetown University Medical Center confirmed this in an interview where he said that the effects of such drinks can be especially strong and long-lasting and is likely to result in greater loss of control, inhibition, motor coordination8. However, these are effects that drinkers actually expect when drinking.

Interestingly enough, one study9 actually showed that CBD can cause lower alcohol levels in the blood, but not enough to significantly reverse the effects of intoxication.

Nevertheless, studies have confirmed that CBD has a sedative and mood-influencing effect which should be taken into consideration when combining it with alcohol.

8. CBD is not water-soluble

Another important thing to note is that CBD is hydrophobic and because of this, a larger part of it is excreted when ingested via the digestive system10. This is why manufacturers are seeking new ways to increase CBD’s bioavailability like having it “nano emulsified”.

However, there are some risks11 associated with nanoparticles, such as DNA damage, accumulation in the organs which can lead to health complications.

Consumers also won’t have the assurance that the CBD in their drink is really nano-emulsified. They would merely have to rely on manufacturer claims since the CBD industry is unregulated. This is not a problem with other delivery methods like vapes and sublingual CBD.

However, this may soon change since there are already a number of companies developing technologies that can make CBD and other cannabinoids truly water-soluble.

9. CBD drinks are likely to have an odd aftertaste

The strain and quality of the cannabis plant determine the taste of the CBD extract. Most users that have tried CBD say that it has a slightly earthy taste with various notes like cherry or mint.  Isolates have no distinct, but broad and full-spectrum oils will have the aforementioned earthy, plant taste that is not exactly pleasant. Legitimate emulsifiers12, which are also used in CBD drinks, are not known to be tasty either and the combination of these two can give CBD drinks an odd aftertaste.

This does not mean that all CBD beverages taste bad. Drinks like CBD Fx’s Chill Shots are actually scoring 4-5 star reviews in the taste department. However, better-tasting CBD drinks are likely to be more expensive since their manufacturers spend more on research and better ingredients.

10. The disadvantages may not make CBD drinks worth it

While it is extremely unlikely that CBD drinks can cause harm, they are hardly an effective or economical way to take CBD.

Consumers should keep in mind when buying CBD drinks that they will absorb only a small amount of CBD and the rest will get excreted. Since there are reports that say that most CBD drinks in the market only contain a minimal dose of CBD, and that CBD can even compromise the taste of a drink, it seems to be fairly obvious that CBD drinks may be more of a marketing gimmick than a legitimate attempt to offer a better way of consuming CBD.

1 thought on “10 Facts About CBD Drinks You Should Know”